The Kalkbreite cooperative’s second housing project as be built on the Zollstrasse West site in Zurich’s Kreis 5. The idea behind the Zollhaus was that it should be a residential and commercial building with a broad mix of uses that is committed to sustainability in all dimensions. In a participatory process, the future users established the guiding principle, that “a city is only a city if there is room for everyone in it” and wrote a brief based on this. The programme of the architectural competition was partly published in the form of a short story, to which Bollhalder Eberle Architektur responded with another short story: More 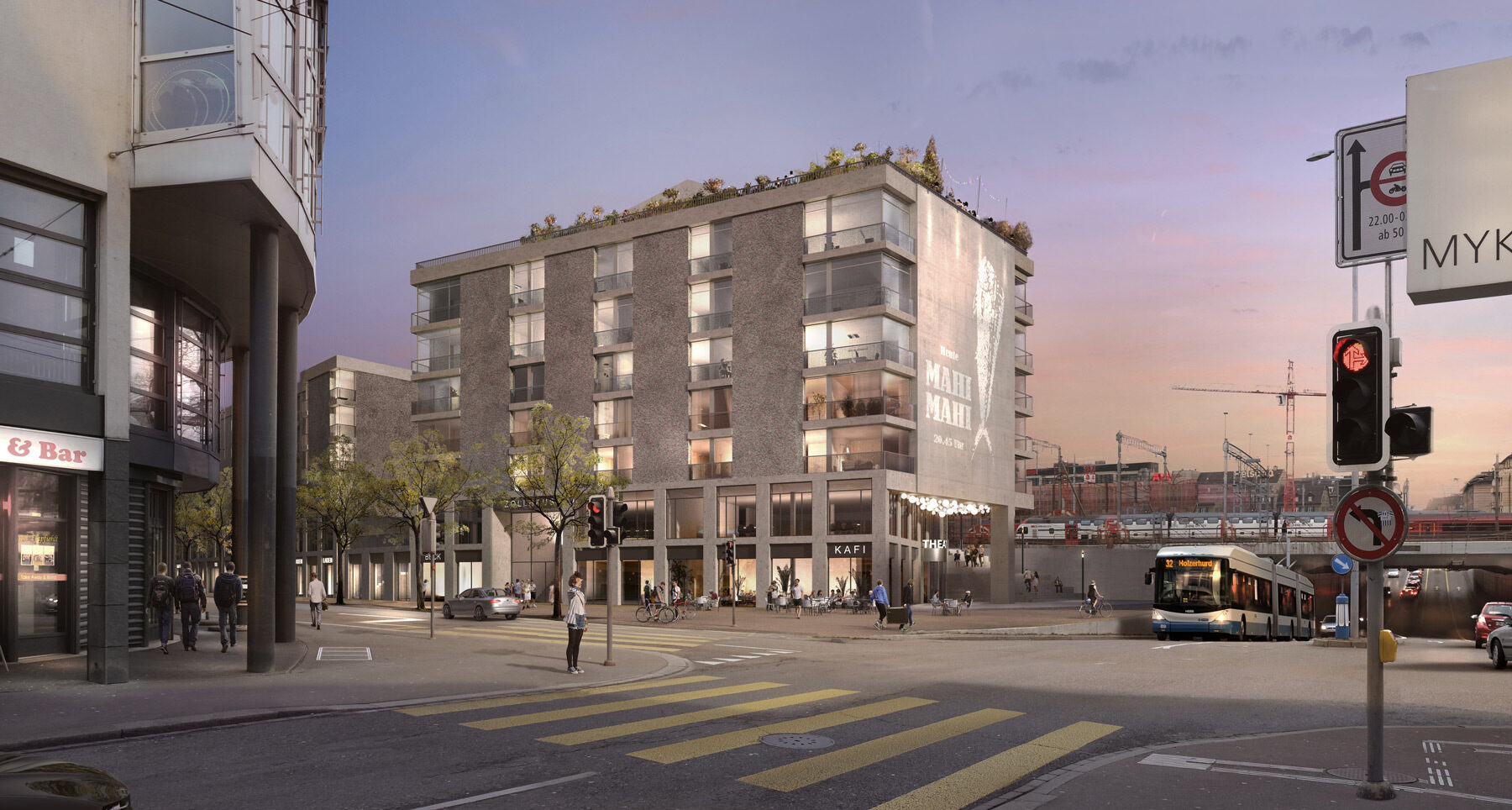 Ground floor plan with a terrace towards railway tracks 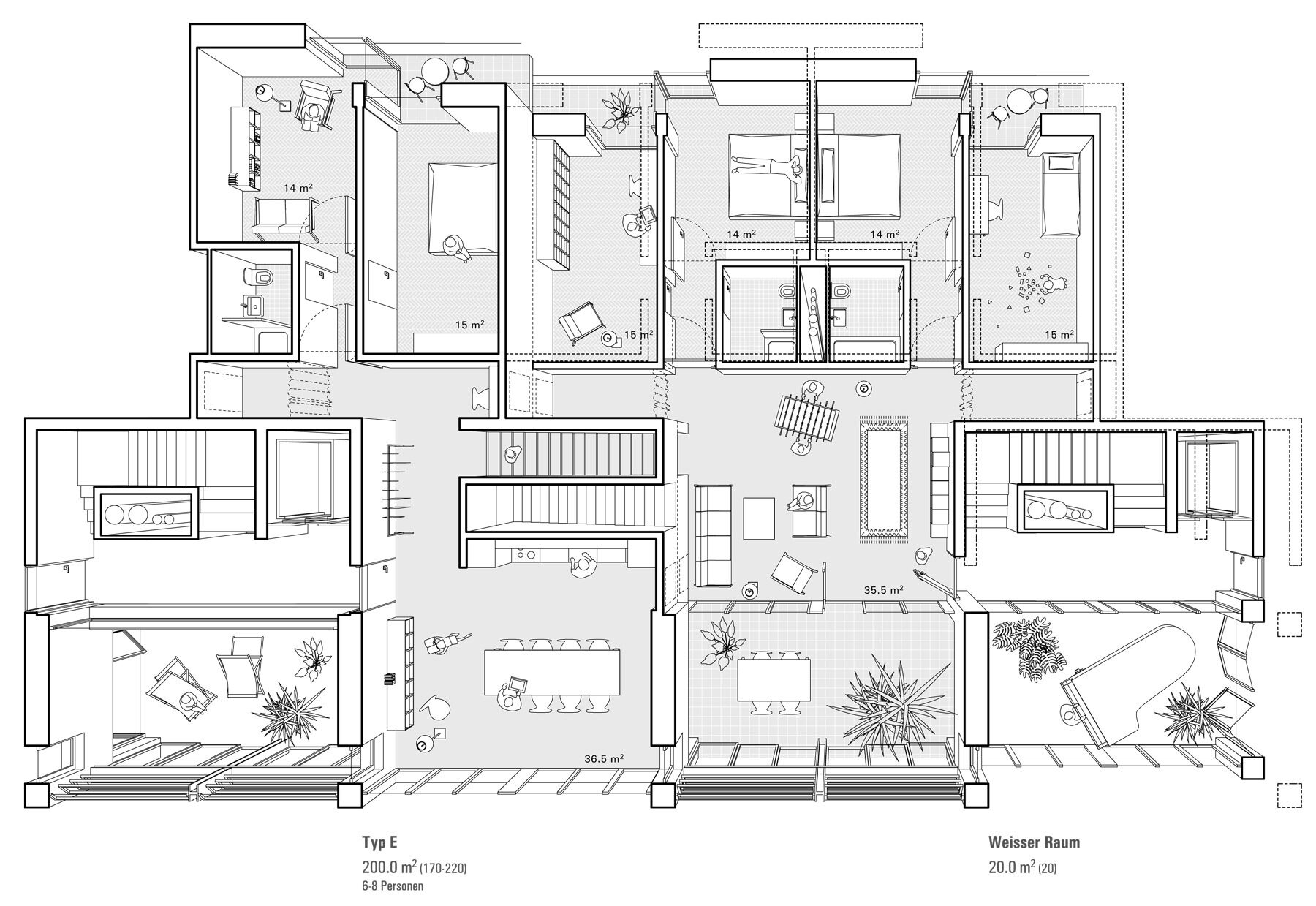 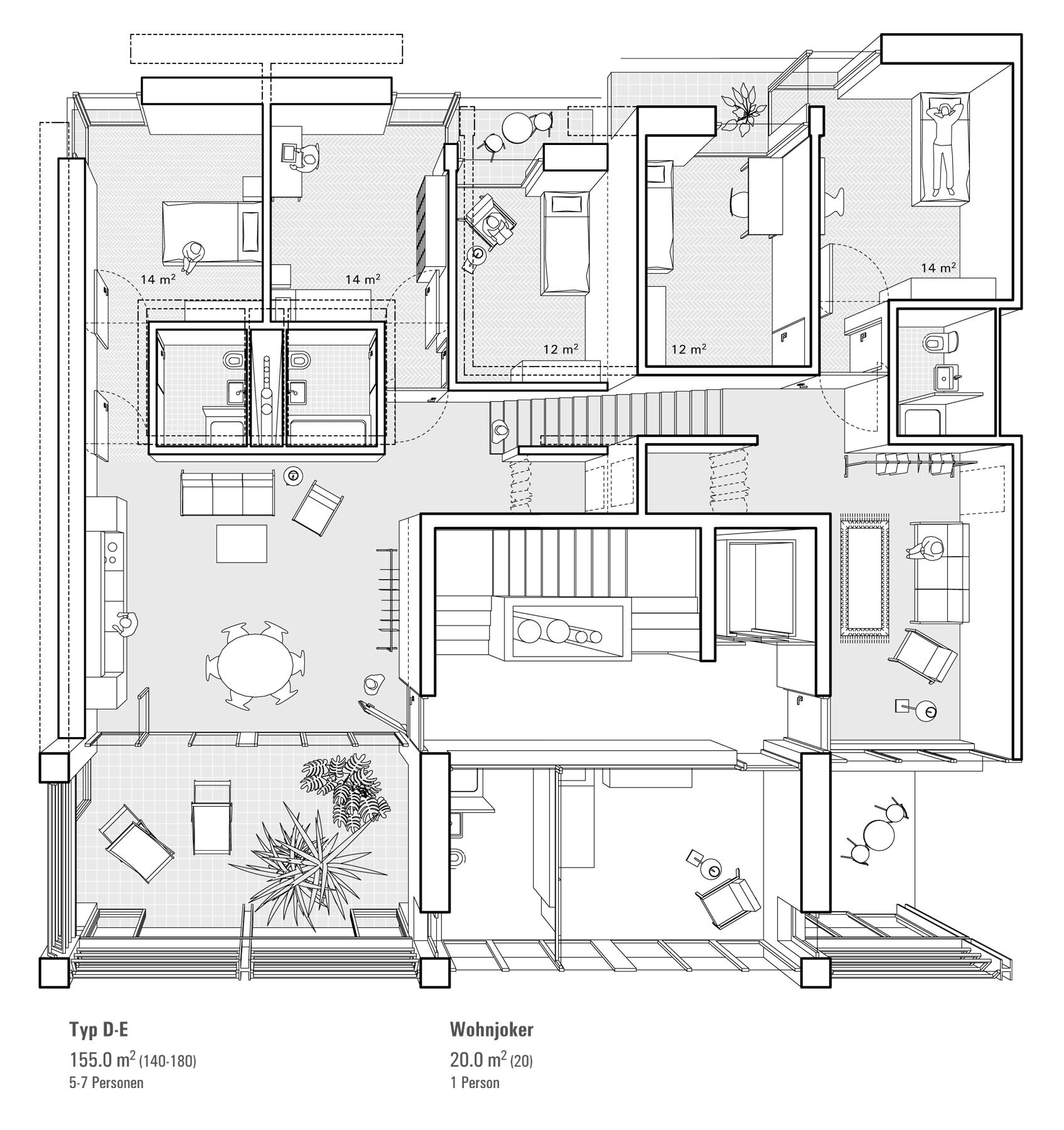 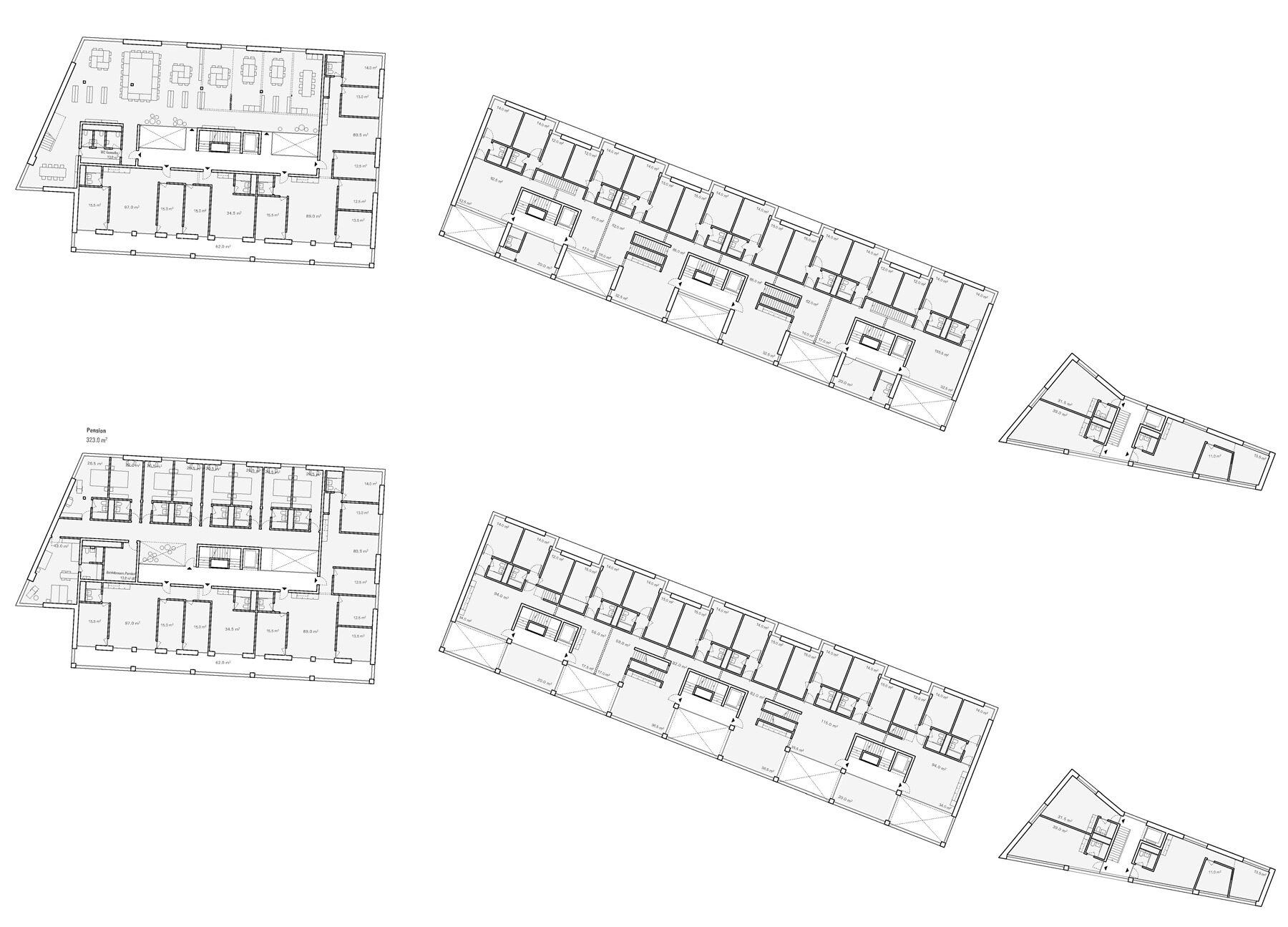 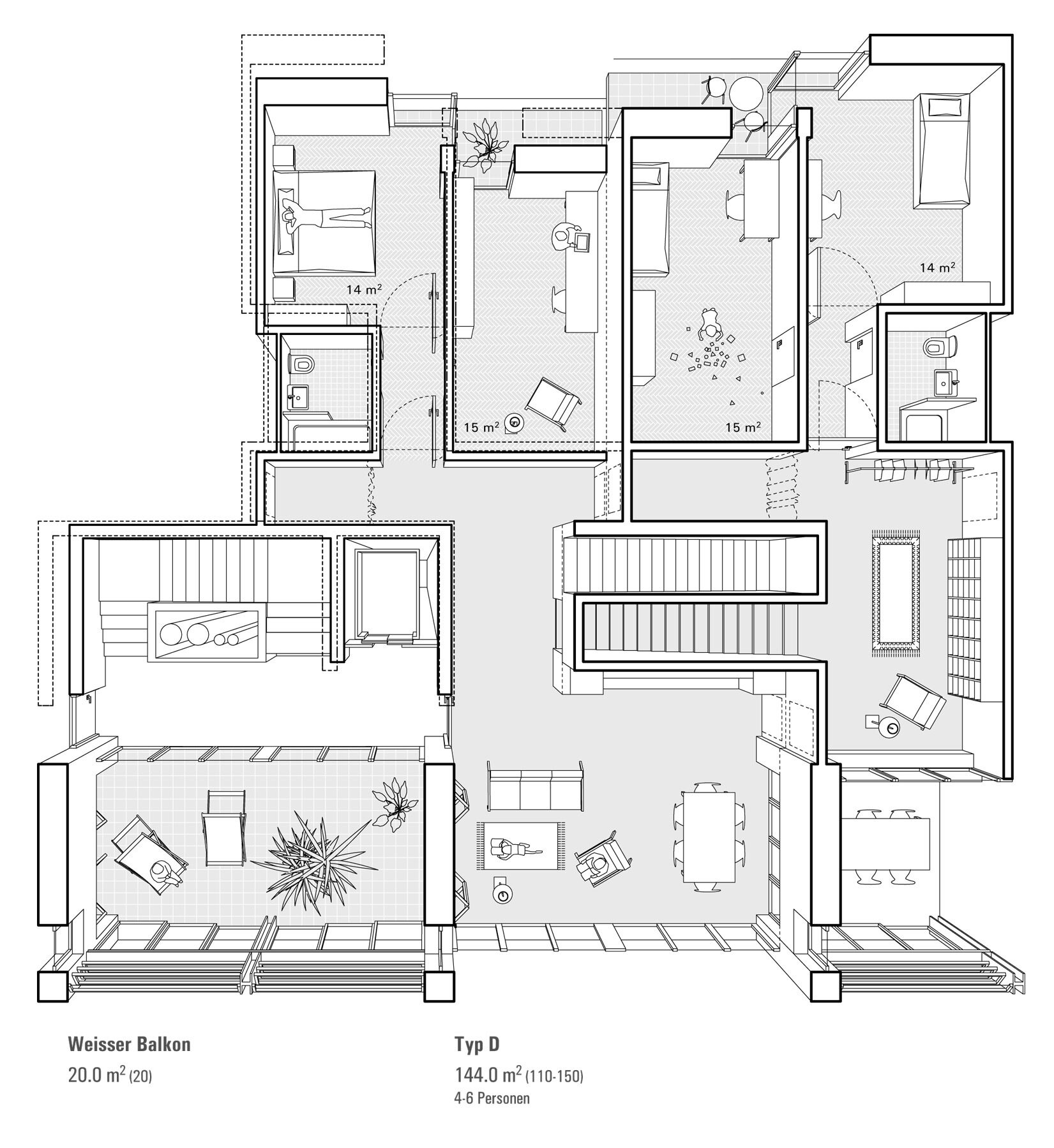 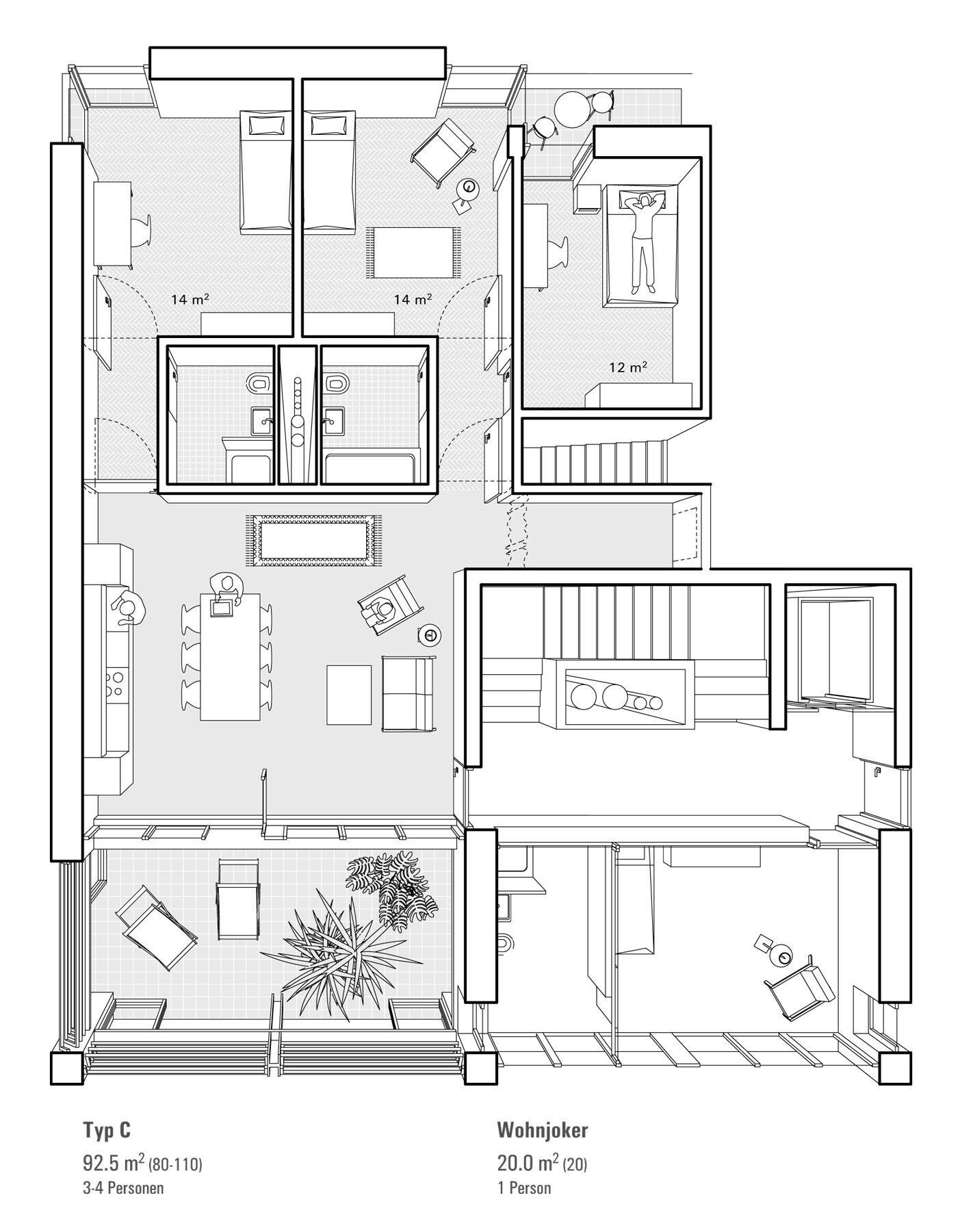