The Hotel Walhalla has been a fixture at the St. Gallen railway station for over a century. Now the hotel is undergoing a considerable expansion, to include the adjoining commercial building and a courtyard building, increasing the number of rooms from 33 to 127. Particular features of the conversion include two staircases acting as hinges between the building sections and the clear spatial structures that allow the three buildings to grow together into a single entity. More

The street facades of the two buildings remain unchanged, having been recently renovated. The interior of the sixty-year-old building, on the other hand, is undergoing a complete renewal. The once small-scale ground floors of the hotel and commercial building merge into a flowing, light-flooded space along Poststrasse. This space houses a lobby, bar and restaurant. Inspired by the stylistic devices of Heinrich Graf, from whose pen the listed interior of the restaurant originates, an enlarged, elegant city hotel with an unmistakable character is created.
The new furnishings are made of marble, stainless steel and wood. The restored and extended bentwood ceiling in particular is reminiscent of the original period of the hotel. A play with transparency, light and optical illusion is pursued. The shiny metal supports are joined by mirrors on the walls, which make the rooms appear deeper. Indirect light creates a cosy atmosphere and striking individual luminaires set accents. However, the hotel and restaurant owe their new look not only to the newly refreshed surfaces and the inviting furnishings. It is the spatial interventions that bring about the greatest change.
This includes the new main staircase, which is no longer located on the facade but in the rear part of the building. This intervention allows for the generous, open ground floor, whose new occupancy is not hidden from passers-by. The grand staircase at the transition from lobby to bar leads to the foyer of the conference area on the first floor. Here there are four halls oriented towards the street, as well as a generous lounge area. In the corner of the building, and with a view of the Bahnhofplatz, is the banquet hall, which can be subdivided. On the courtyard side, a roof terrace adjoins the lounge area.
In addition to the staircase, three lifts also lead from the lobby to the conference area and further up to the hotel rooms. A simple, clear structure with rooms on both sides of the corridors ensures good orientation on the five hotel floors. While the smaller business rooms face the quiet inner courtyard, the deluxe rooms and junior suites face the city. The arrangement in plan, which is identical across all floors, enabled an economic provision of services. A second staircase serves as additional access to the hotel rooms, placed at the transition between the former business building and the courtyard building.
The rooms exude a homely, elegant character. Elements from the 1960s can also be found here. Wall coverings in subtle colours, built-in furniture and object-like lights create an atmosphere that harks back to Heinrich Graf’s ideas, but at the same time corresponds to a contemporary zeitgeist. In the future, the Hotel Walhalla with its urban character will once again play an important role on St. Gallen’s Bahnhofplatz.
Less 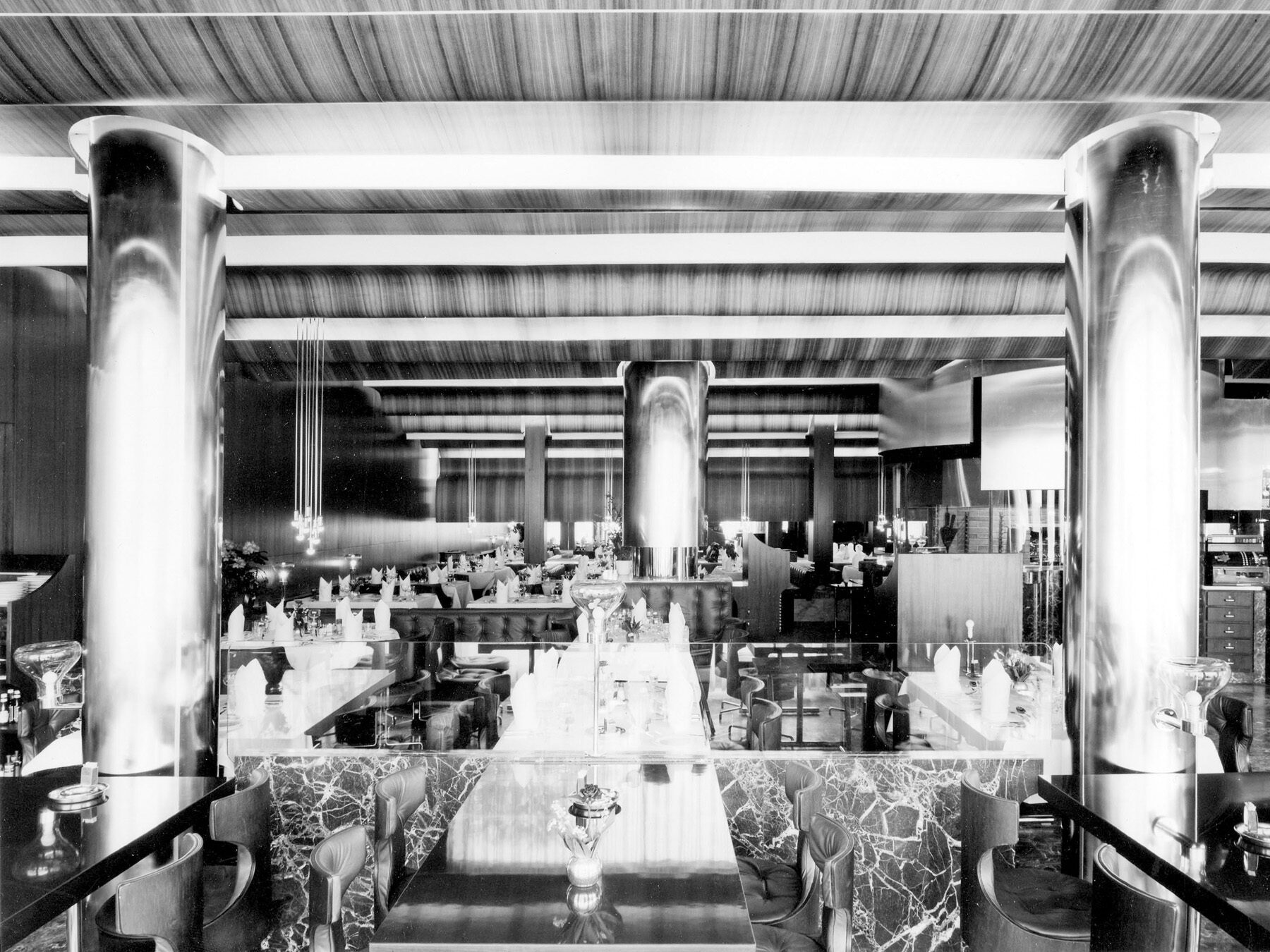 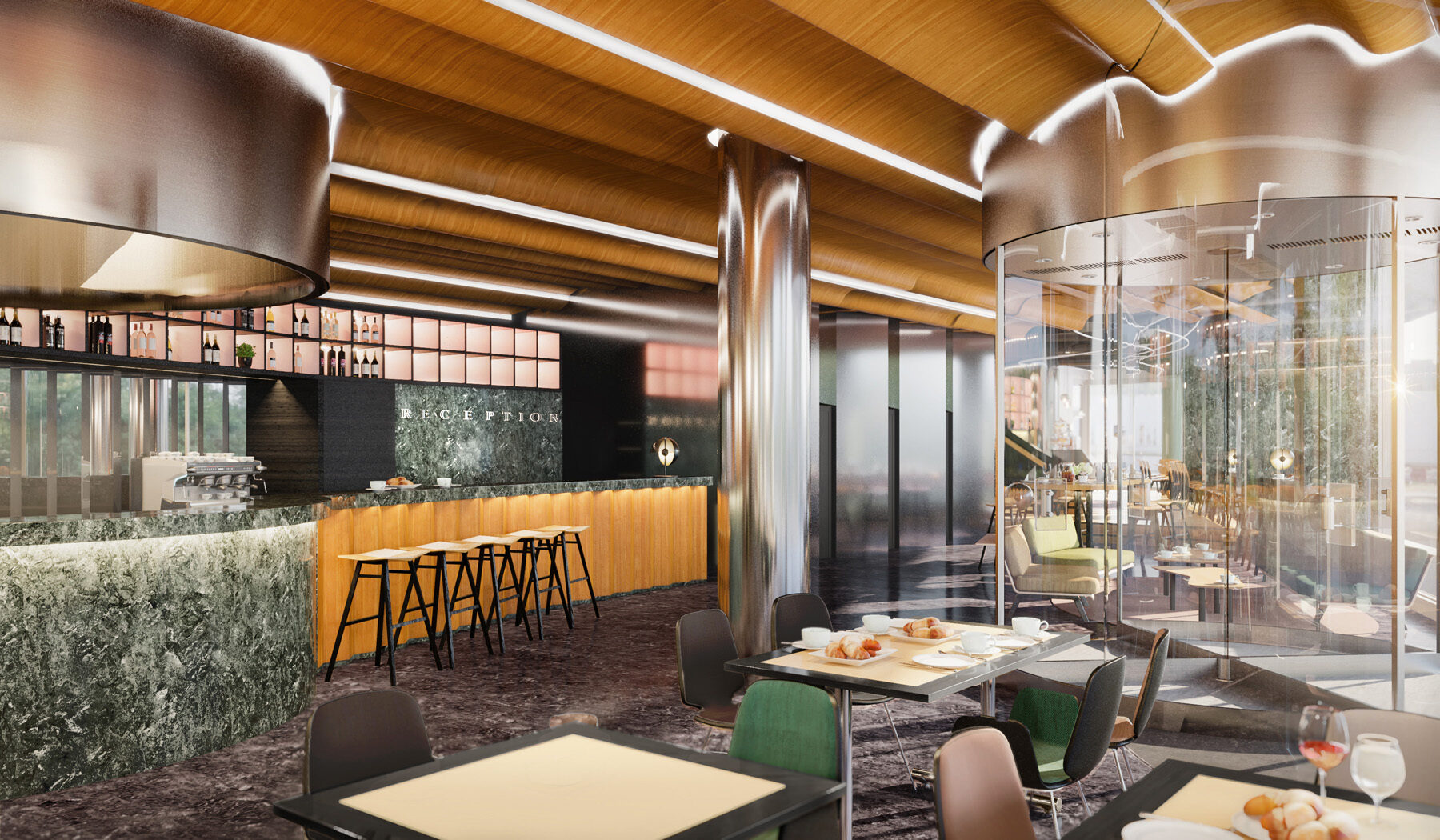 Image of restaurant space looking through to the lobby 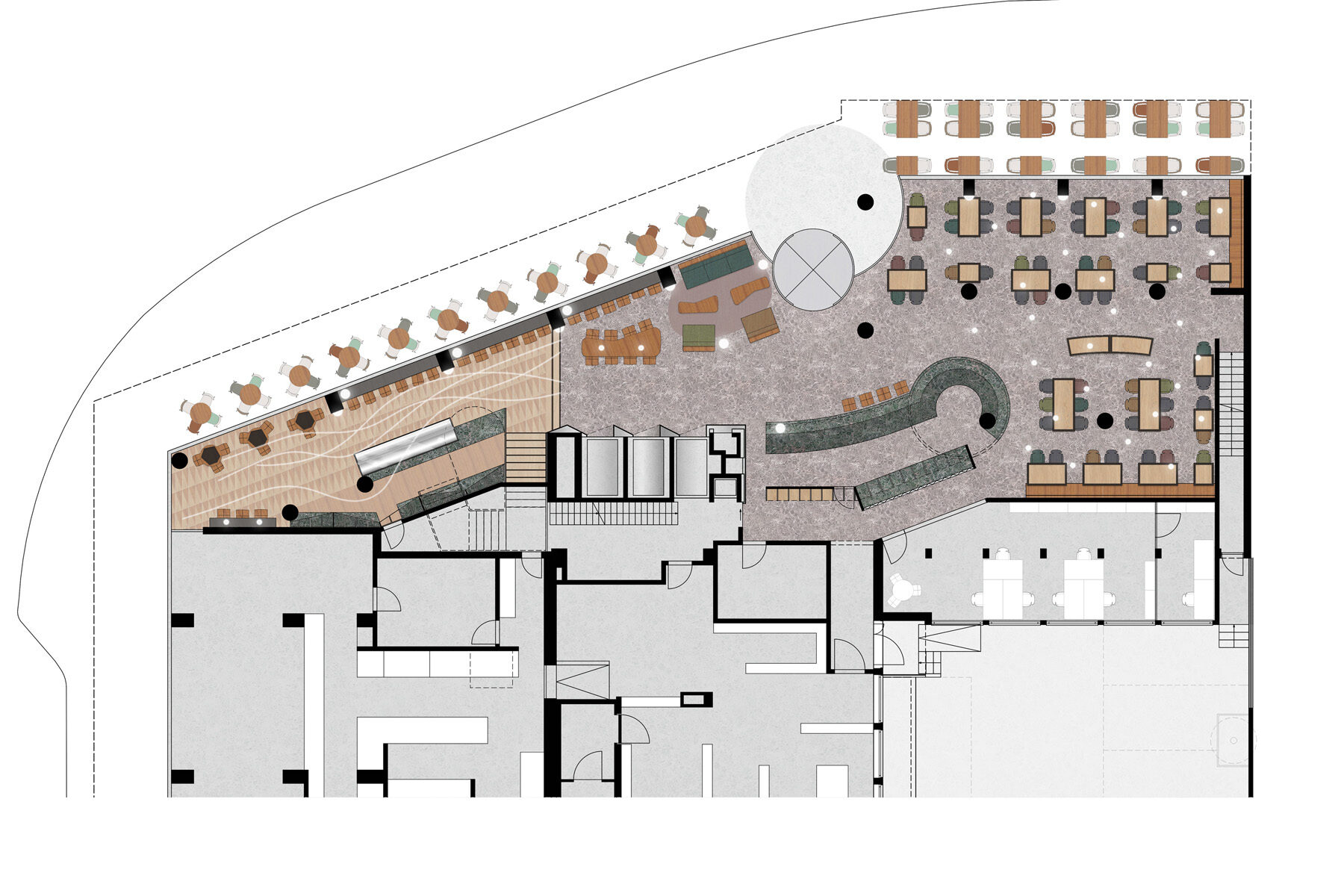 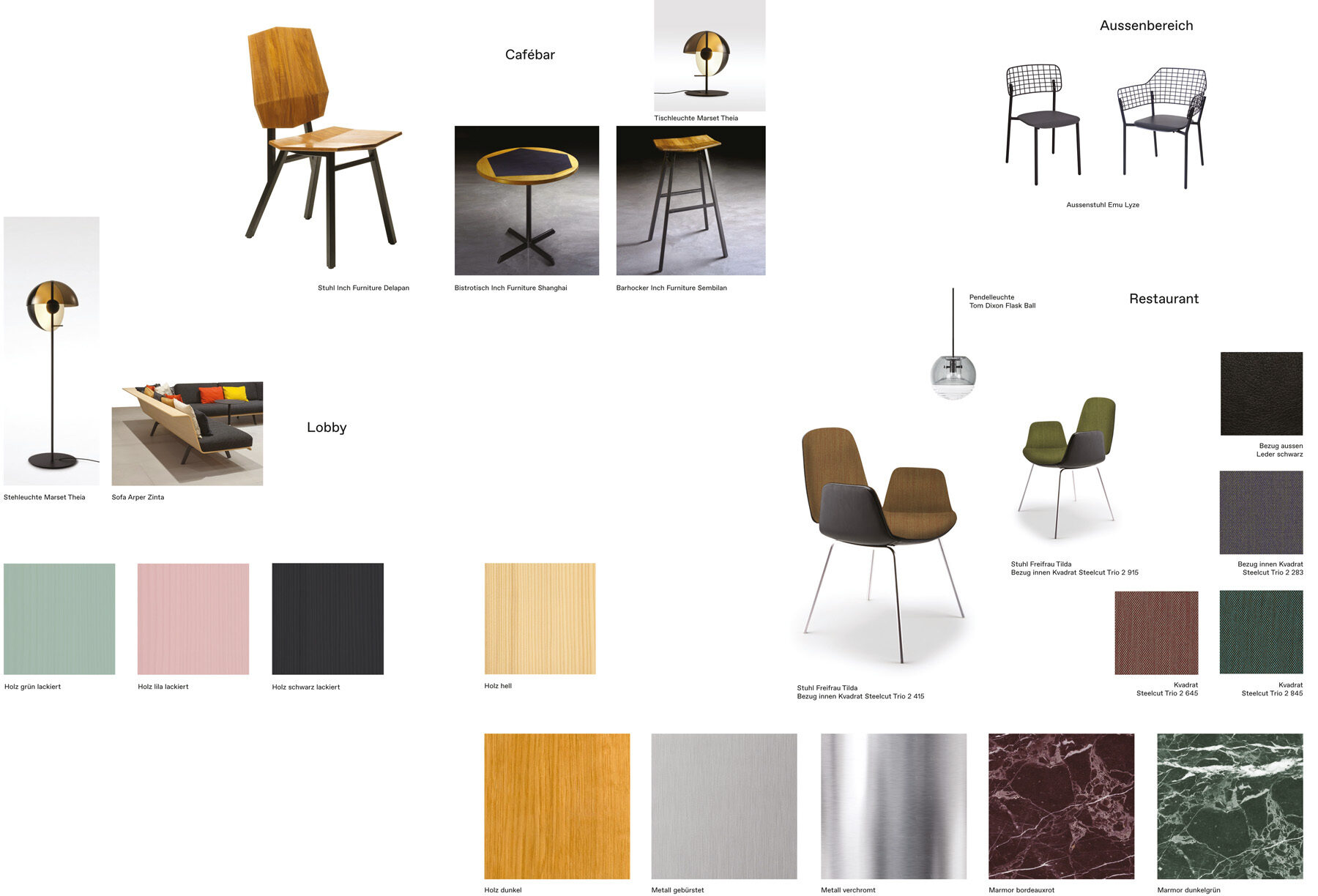 Material palette and furnishings of the public spaces 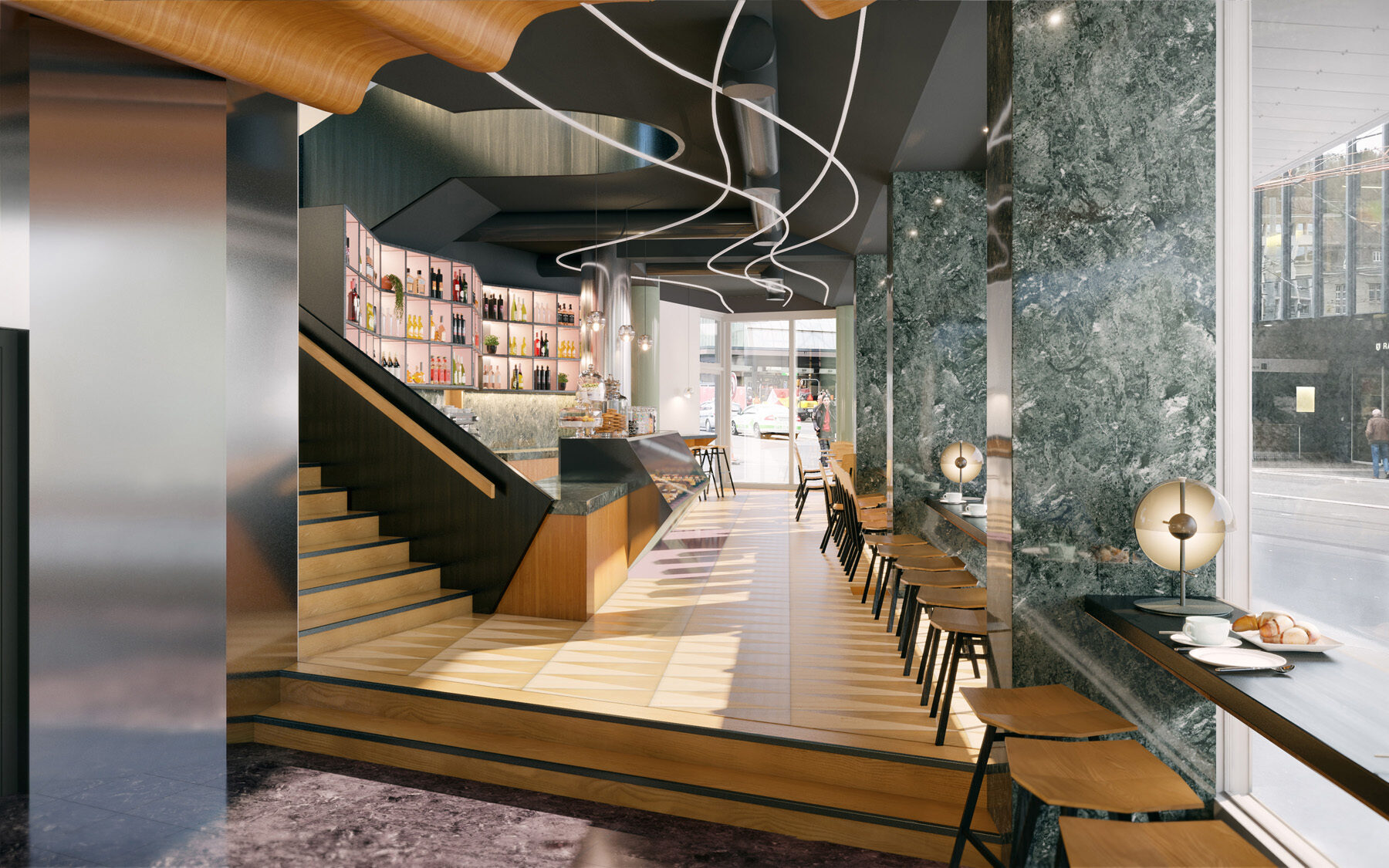 The café and bar, with stairwell leading to the seminar space 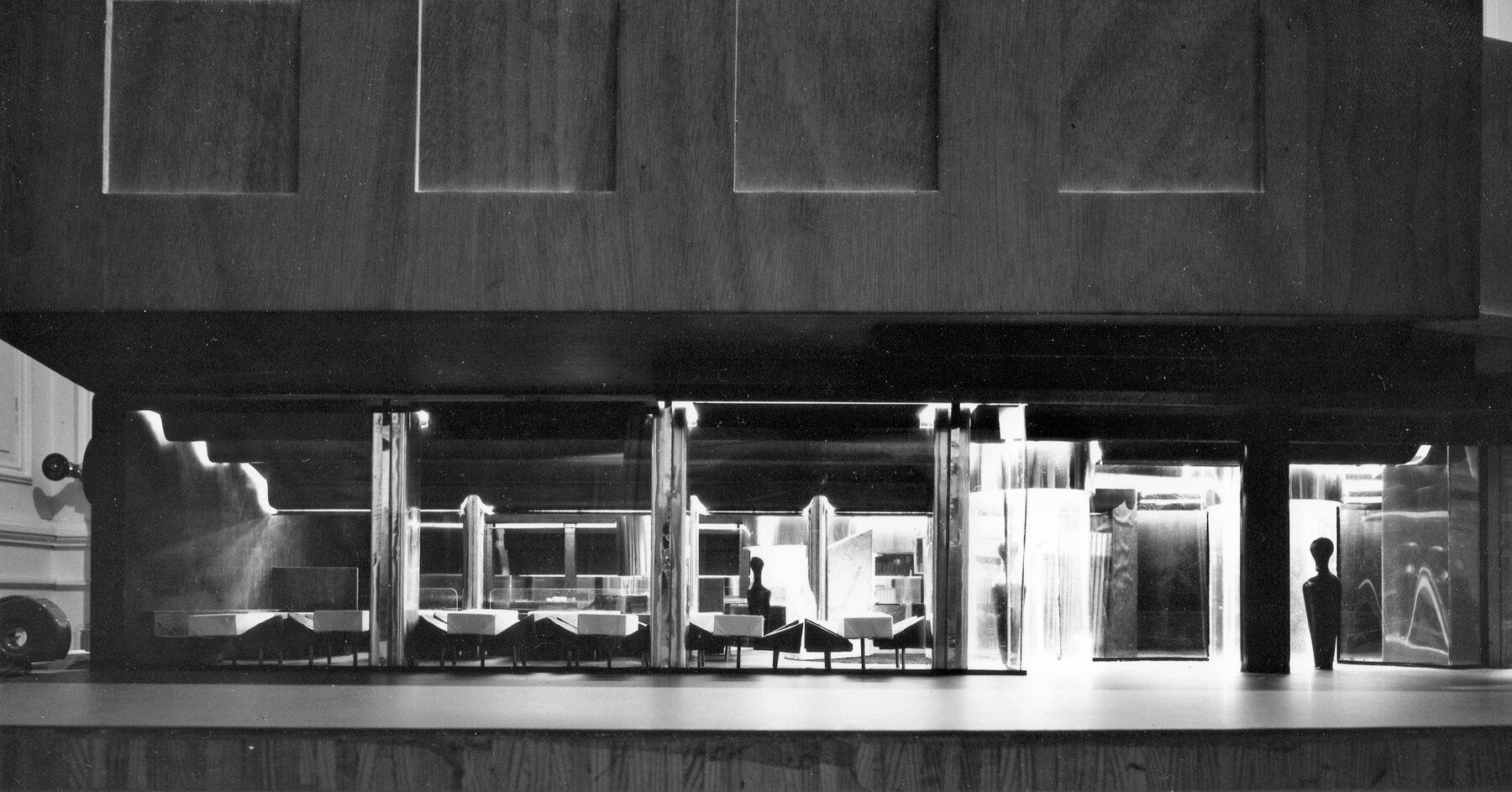 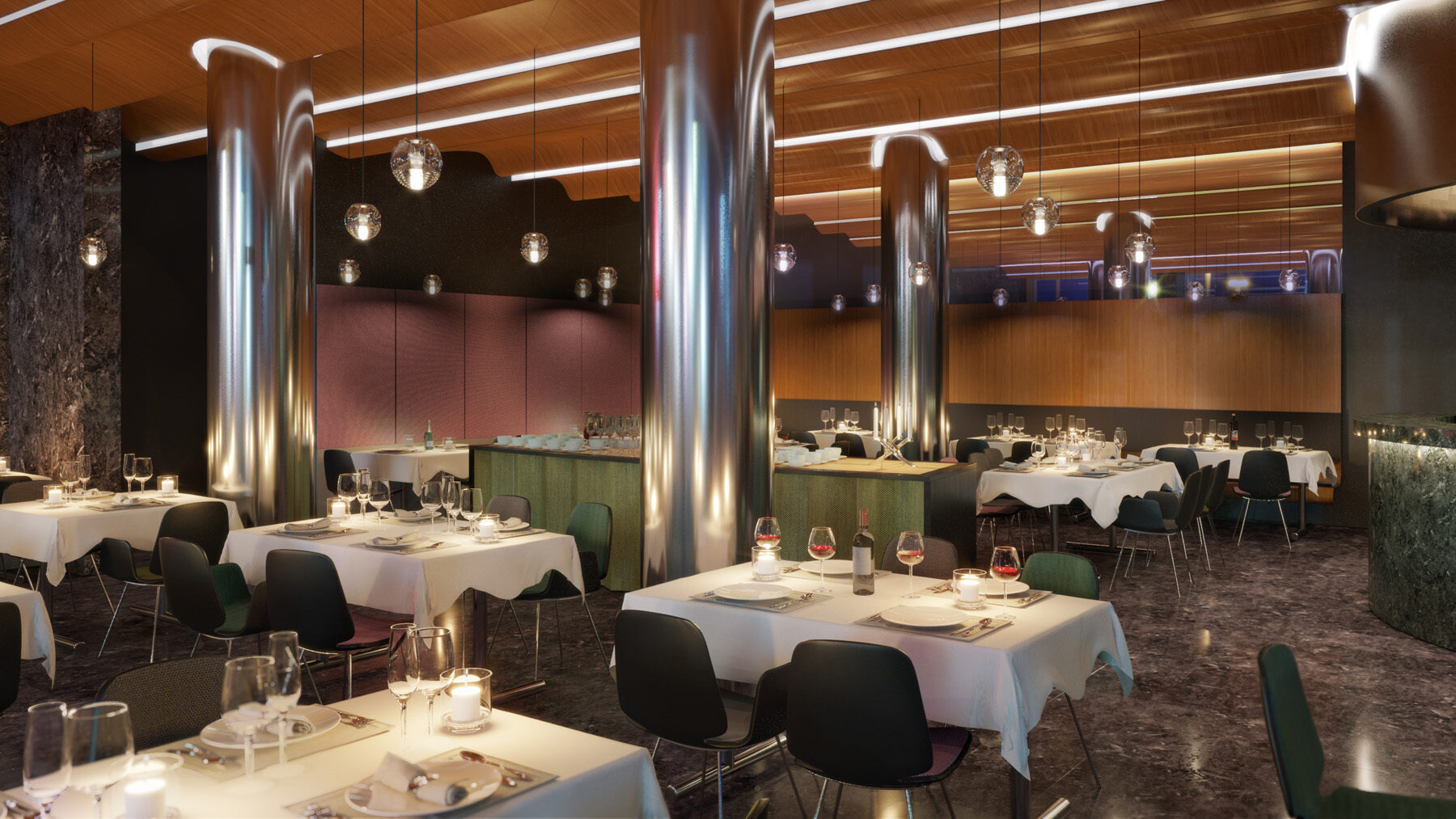 The restaurant in the evening 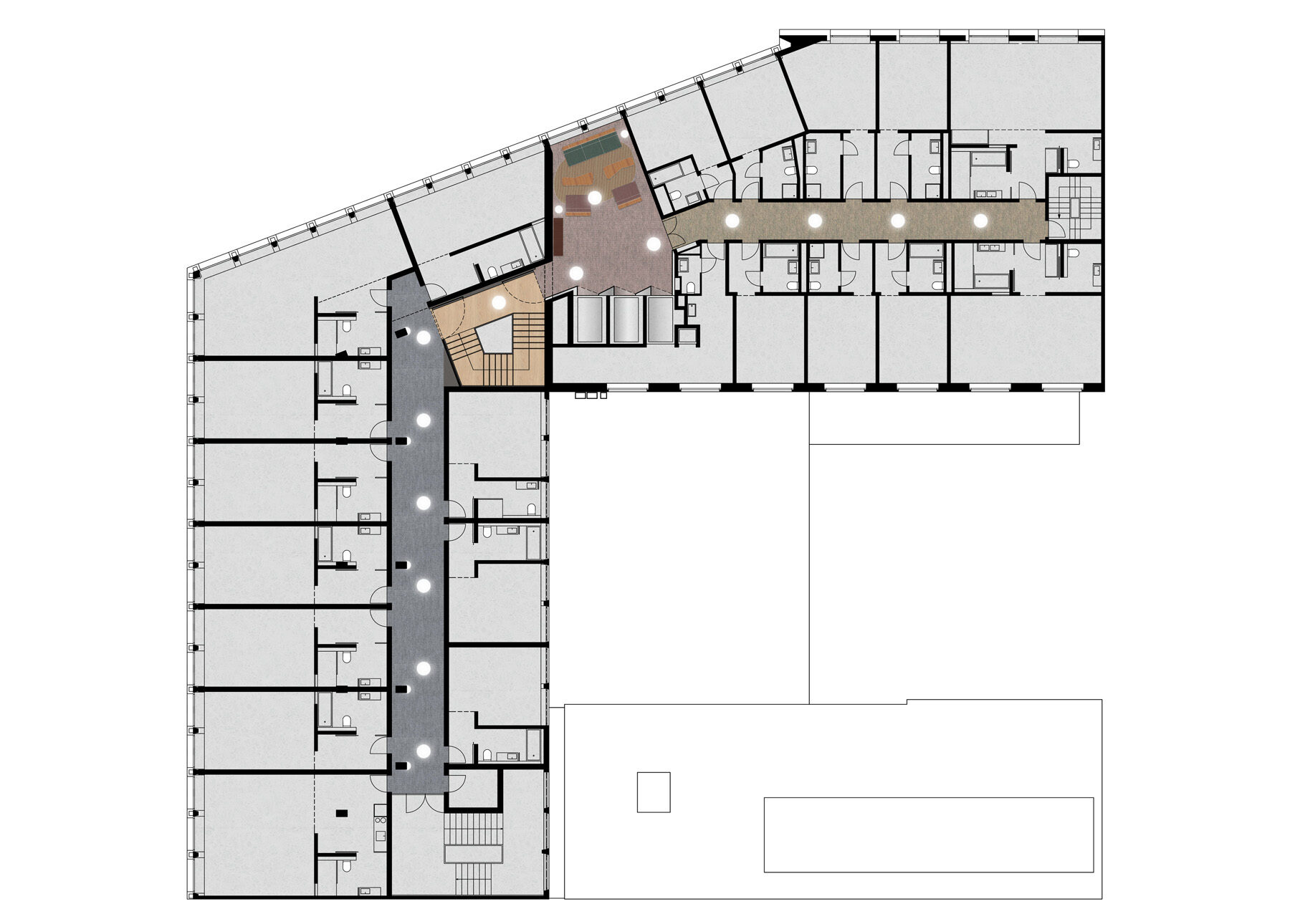 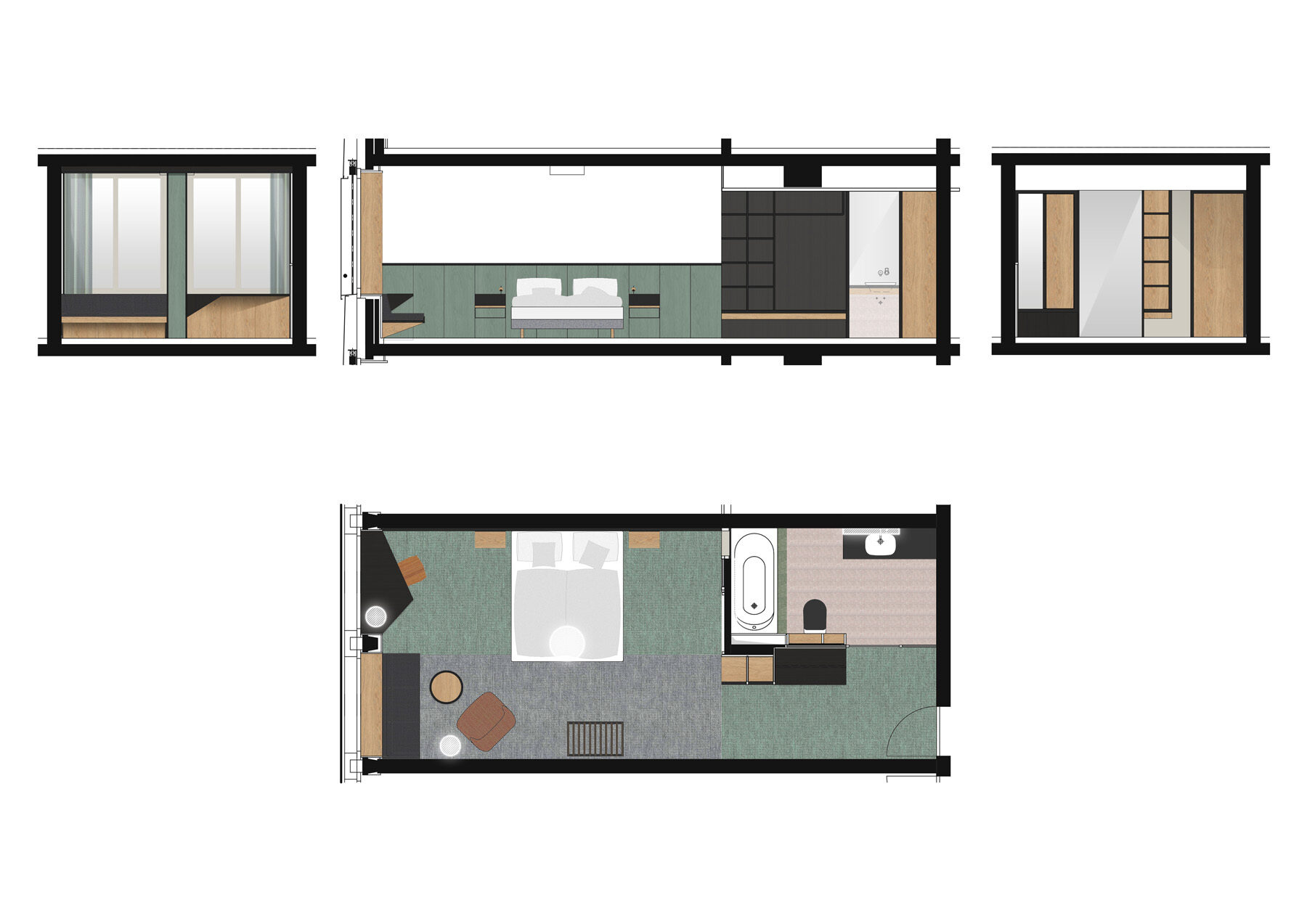 Typical plan and interior elevations of a room 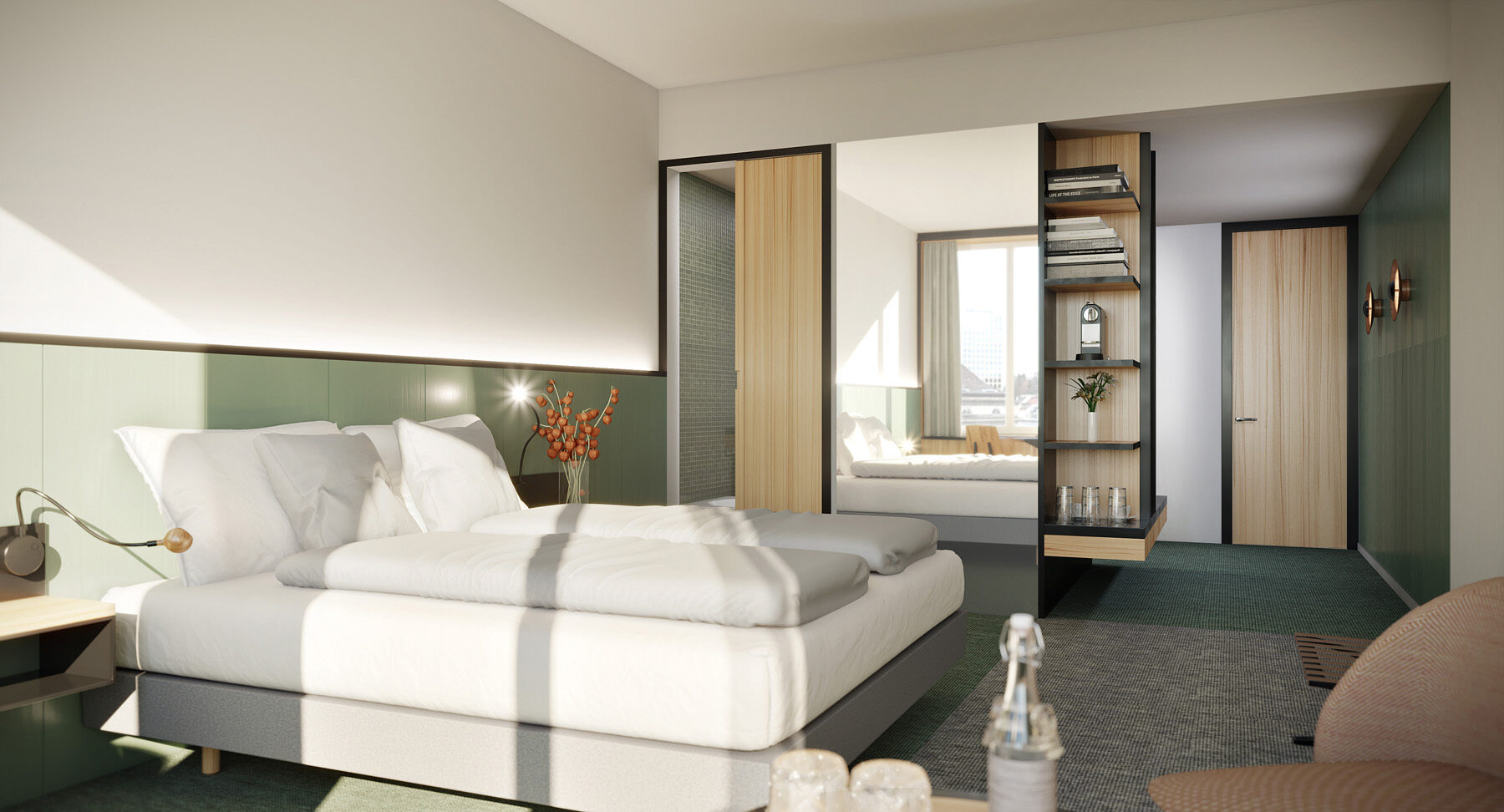 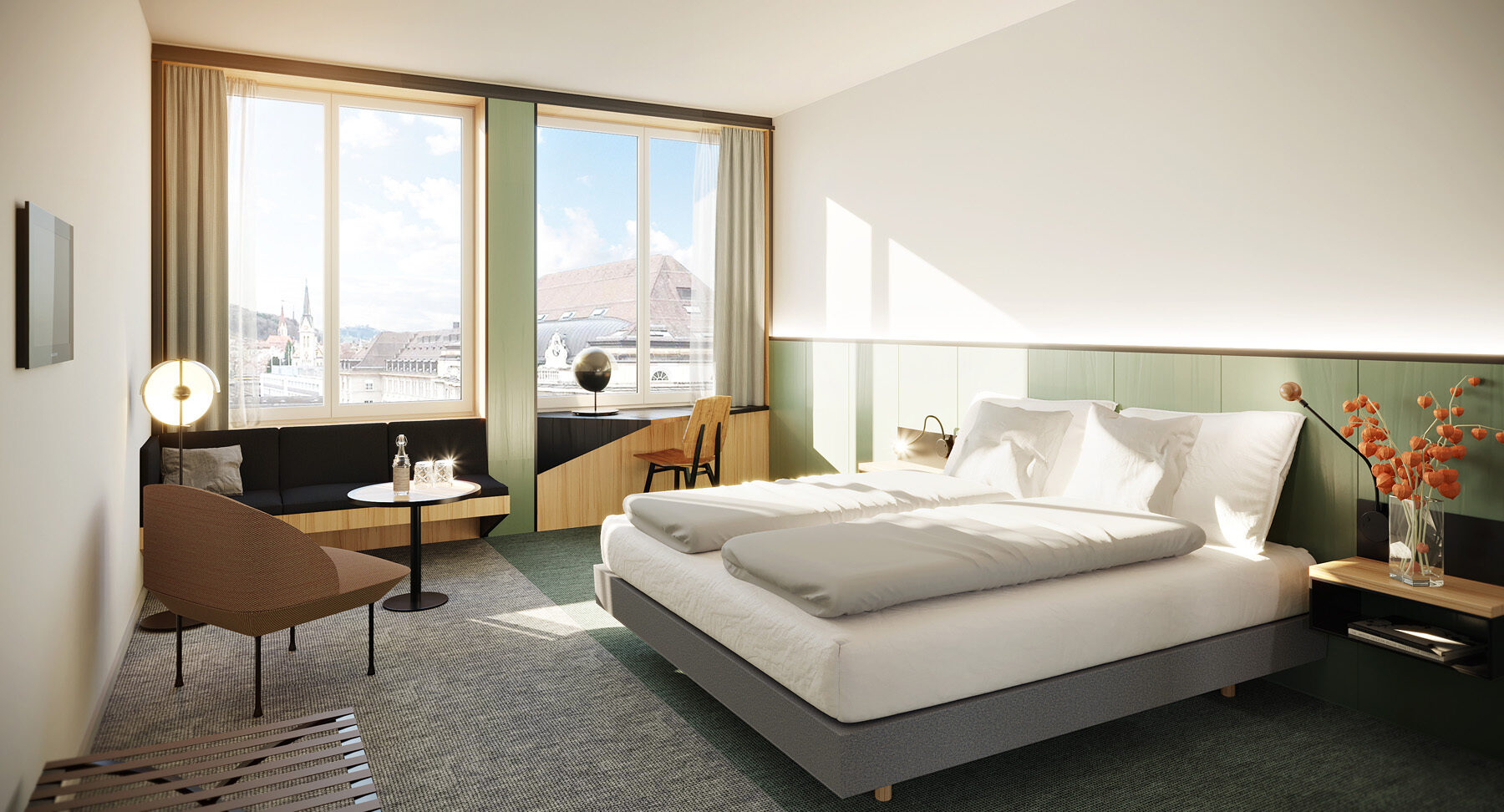 A room with a view over the station square 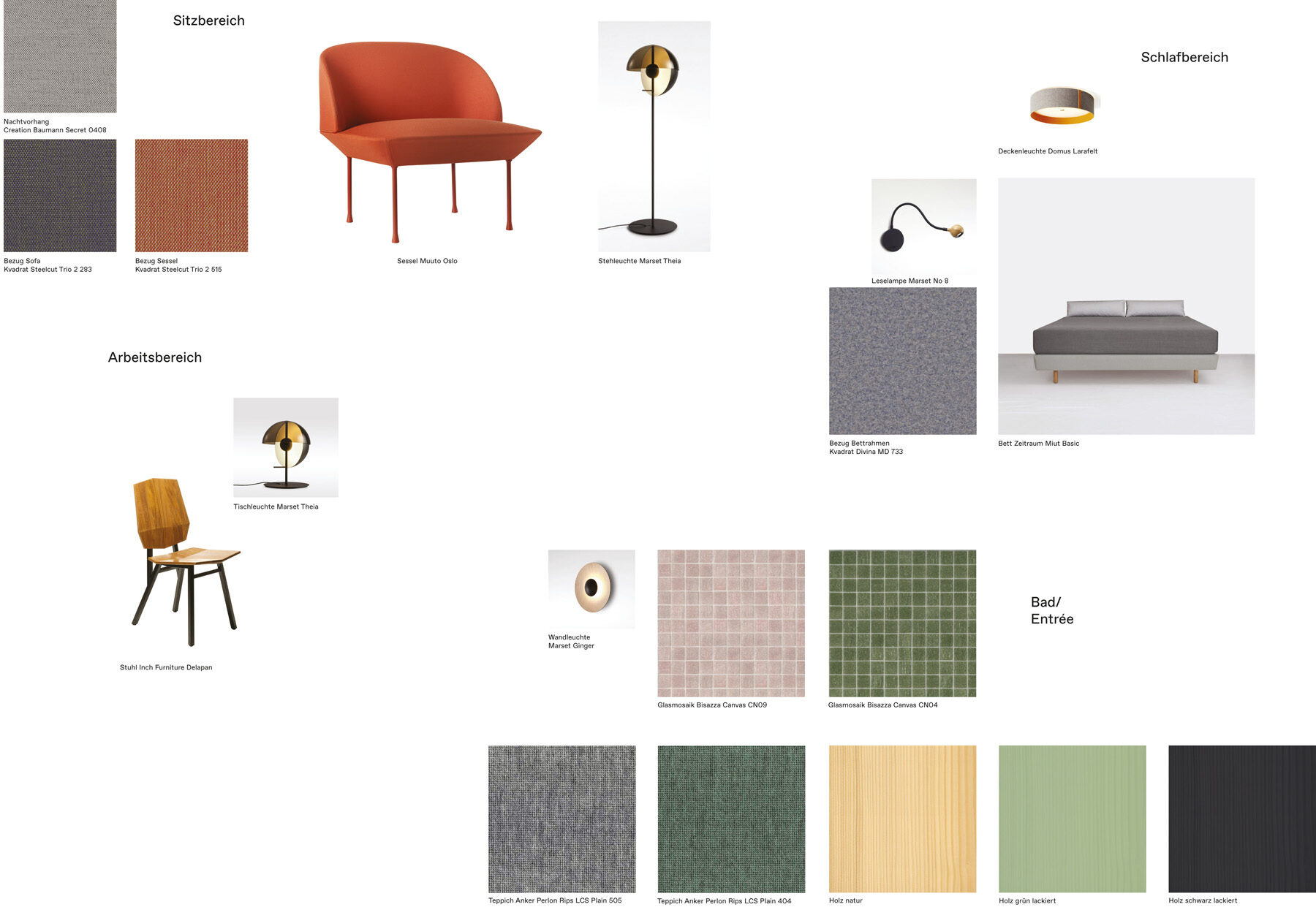 Material palette and furnishings of the rooms 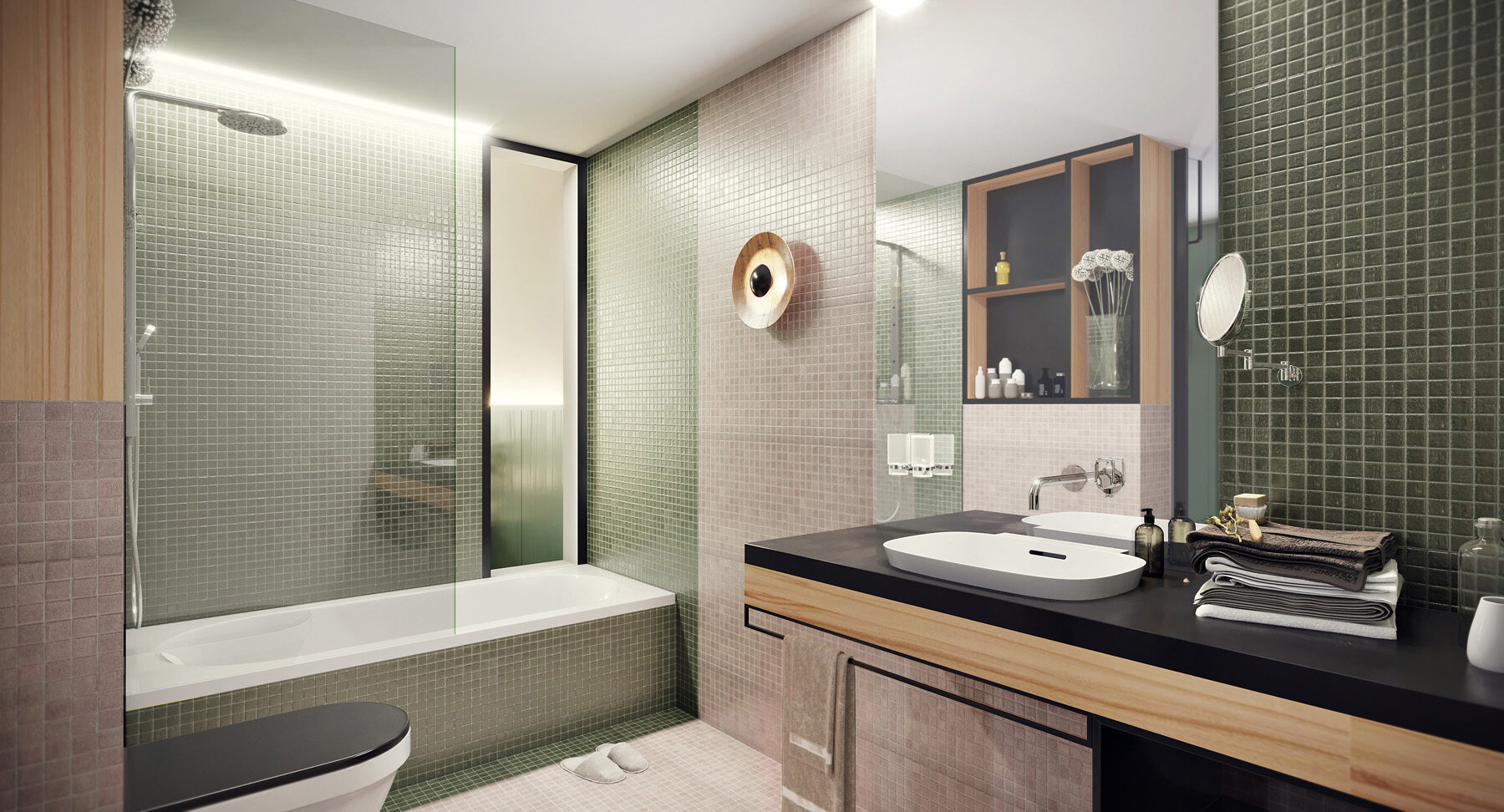 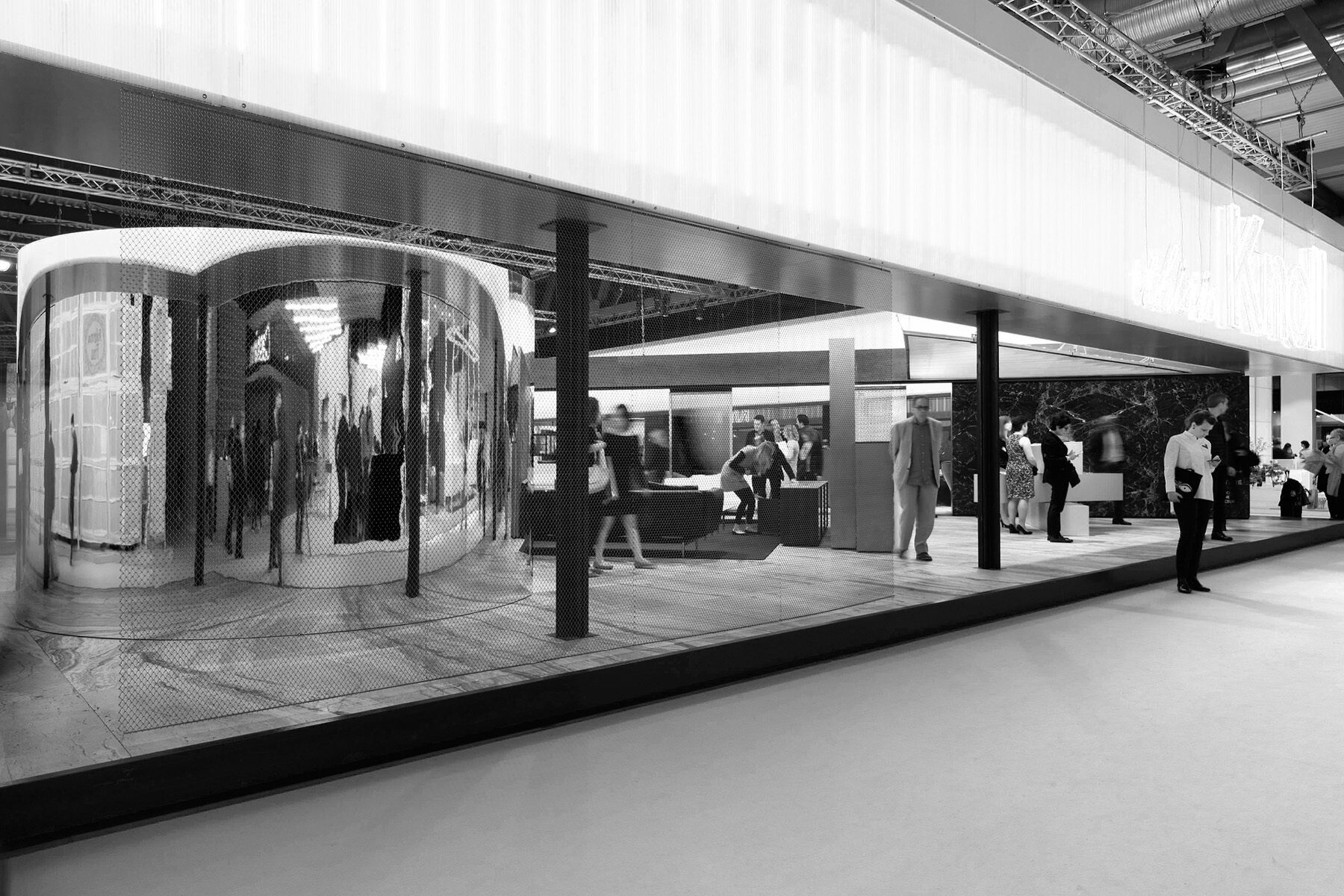